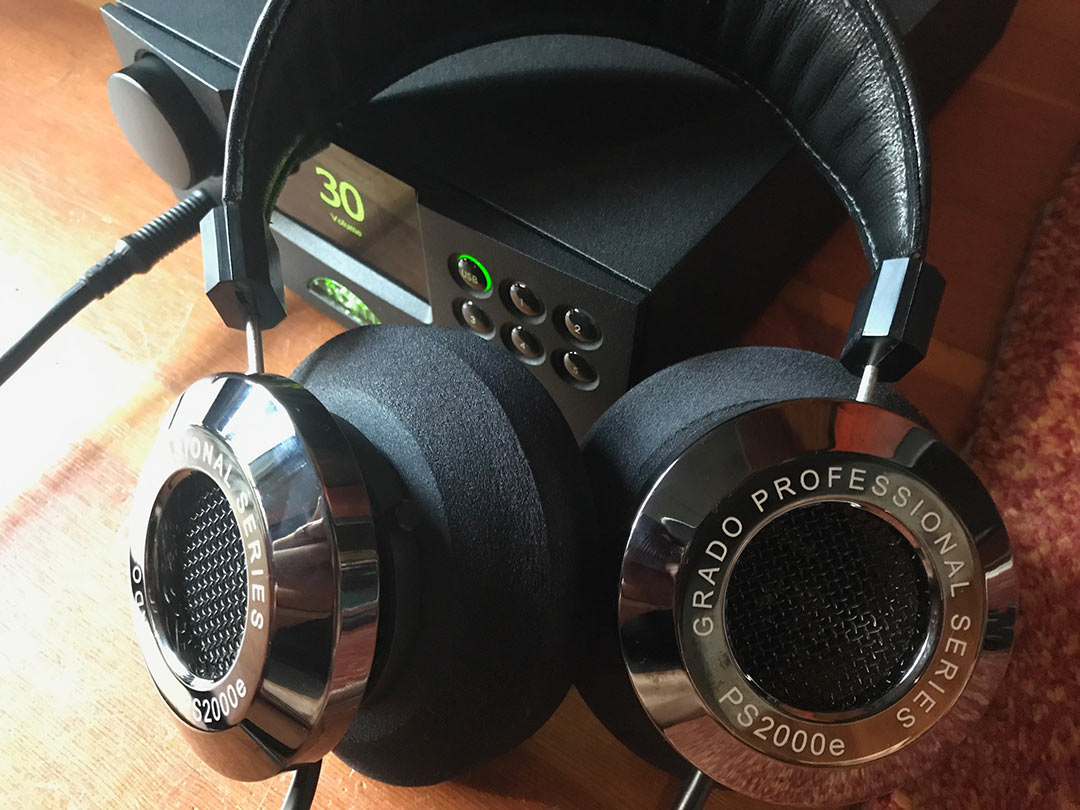 Grado Labs is proud to introduce their new flagship headphone, the Grado PS2000e. This is simply the best headphone they have ever produced and, perhaps, the best in the world. Three generations of the Grado family contributed to its development, which took almost 2 years. Speaking from more than six decades of audio experience… Grado believes they got it right.

- Todd of Todd the Vinyl Junkie

The hand-carved maple inner chamber is clad with Grado’s new Smoked Chrome finish for an elegant look. A wider leather head-strap with added padding make for a more comfortable experience. Both are exclusive to the PS2000e.

To build their finest headphone yet, Grado used all the finest materials. From the speaker chassis, to the wire, voice coil and magnets, the company researched and selected materials of the highest grade. Their diaphragm geometry was redesigned to more accurately convey the signal into music. Developing the new front cap and grill for the new driver resulted in minimized diffractions of the signal emitting from the diaphragm. All this technology is mounted in a proprietary hybrid housing which gives the driver the utmost support and eliminates distortion and resonance, allowing only the actual signal to come through.

Close your eyes and hear the music like never before, as only a dynamic driver can produce. The PS2000e ‘sound stage’ is immense and you will enjoy the space and placement of each individual musician. If the artist performed it, and the engineer captured it on the recording, you will hear it.

The PS2000e retains the world famous Grado signature sound, and takes it to a new level of refinement. Be transported. Be Grado. Hear the Grado PS2000e at Tune Hi-Fi today!