The Fundamental Physics of Music 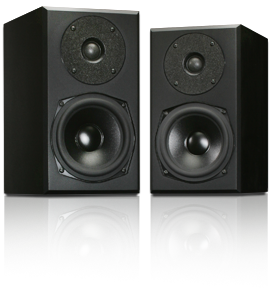 Let’s talk a bit about what music is physically.

Fundamentally it is rhythm and pitch.

Pitch describes the frequency, or tone of the notes and rhythm describes when the notes happen and how long each is held for. Pretty simple really.

Stereo music systems try to electronically reconstruct and amplify a music sine wave that can be described as having amplitude and frequency which define the rhythm and pitch. But in actuality, it is a very complex endeavor.

When a guitar string is plucked, for example, the fundamental note is heard the loudest, and we describe the note from that tone. That is the pitch. The string is also vibrating at higher speeds called the overtone series. These are the harmonics and they occur first at an octave above the fundamental and then a fifth above that and become closer and closer together and fainter and fainter until they occur above our frequency perception or below our hearing threshold. How loud each of these distinct harmonics is in relation to the fundamental gives an instrument its timbre and helps us distinguish between, say, an acoustic and an electric guitar.

You already know this instinctively, but knowing the mechanism will help you understand why the modern music replay system is such a wonder and how there can be such a difference between different systems ability to actually play music. Most systems only make sounds that can be compared to music.

So this one string is vibrating at a bunch of different frequencies and it sounds to you like an A. That is the tone. How tones start and stop in time defines the notes. Notes in time make up the rhythm. When the A is plucked we hear the attack, or leading edge of the note. On percussion instruments, this is the loudest part of the note. It is a very short burst of energy as the instrument is struck and creates a spike of energy in the sine wave. It also carries a lot of information about the instrument. It is easy to tell the difference between an electric and acoustic guitar just by hearing the pluck.

Interestingly, if the same tone from different instruments are played, but with the notes’ attack truncated, it is much more difficult to identify the instrument playing the note. This attack is a very fast and loud event compared to the rest of the note and is very difficult to achieve from an electronics standpoint where it is called a transient because it comes and goes so quickly compared to the long duration of the whole note. If the musician were to pluck the guitar string repeatedly, there would be slight variation of amplitude and frequency of each attack.

A music system that distorts this leading edge will tend to make each pluck seem more similar to the next. The result is less communication of the player’s art to the listener. If any at any stage in the HiFi chain this leading edge of the note is distorted, the music you hear will lose a vitality that we associate with live music.

Music systems from Tune excel at presenting the leading edge of notes intact. This allows the listener to hear clearly instrument timbres and the energy and tempo of music.

The tunefulness of the note is determined by the harmonics.

A system with accurate harmonics is easy to pick out. Just try to sing along with the music. You can pick a bass line to hum along with or a violin or guitar melody. Or try to match voices with the harmony singers. That is a great test, too.

If the recording itself is in tune (and many are not because of errors made somewhere in the recording chain), then you will find it easy and enjoyable to hum or sing along. A system with harmonic distortions will be more difficult to sing along with.

The reason is that when we sing along with someone or something, we match tones with a biofeedback mechanism. We hear the fundamental and harmonics of the note with our ears, we decipher them with our brains which then tell us to exert our muscles to copy the original sound. As we sing along, our brains constantly try to match what we are hearing with what we are singing.

Our brains are very in tune (pun intended) with natural harmonics. We have evolved with them since the beginning. Our brains know what to expect and are remarkable at extrapolation and interpretation.

We have very good error correction systems. For example, if the person next to us is singing out of tune, we can usually correct our own pitch and sing on key, using our own internal references for the tone and by listening to the instrument that we are singing along with. But, the experience is not as pleasurable and you have to use a lot more energy to sing in tune.

The same mechanism is used when we sing along to a stereo. If the harmonics are distorted either through phase shift or amplitude, it puts the music “out of tune” and your brain has to rectify what you are hearing with your own internal reference for harmonics.

Your powerful brain can usually do just that, but it does take more work. Eventually you tire of trying to match the notes and you disengage from the music. Either you simply stop singing or find something else to do. However, if the music from the system is tuneful, then you will sing along easily and stimulate your mind in a relaxing way. Many describe the experience as euphoria, a releasing of chemicals in the brain.

It is one reason our store is called Tune. We sell tuneful music systems that truly allow the listener to get involved with their music like few other systems can.


Music in the home becomes a physically interactive and rewarding pastime. It is not just “better sounding” HiFi, it is more musical.

Give Tune Hi-Fi a look! Come in today and see what audio can be.